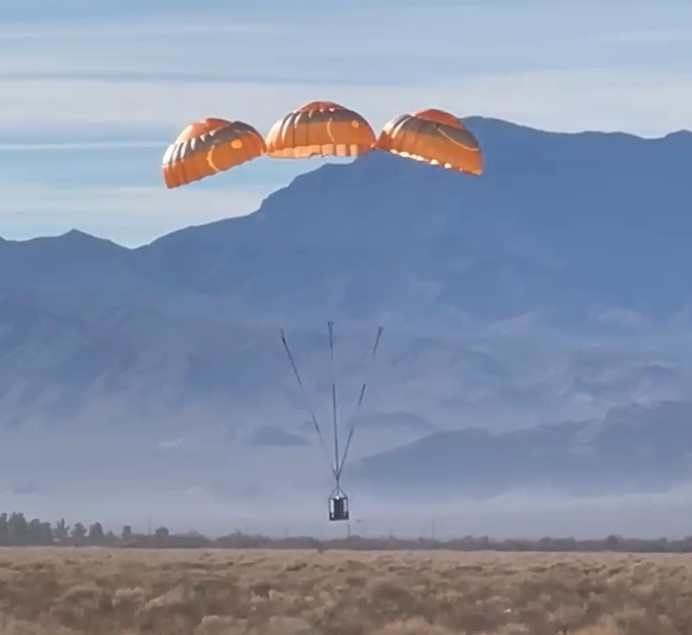 Larry Williams, ASR President and CEO, said initial testing was completed at a drop range test facility outside Henderson, Nev., in late February 2021. “This test was the first in a series of tests to qualify the eFlyer 2 parachute system to ASTM standards and make sure the canopy will withstand the load put on it,” he said.

In accordance with ASTM requirements for limit load testing, barrels were filled with water to represent the weight of eFlyer 2.  This was the first development test in a series of tests that were dropped from a helicopter at 6,600 feet and accelerated to the maximum speed at which the system will be deployed. “Everything was perfect,” Williams said. “So far we are getting the results we expected. The next series will advance to ultimate load testing where we will drop 1.15 times the maximum weight and speed for eFlyer 2. This testing represents a real-world environment to make sure the system provides maximum safety and demonstrates the parachute canopy is robust. By exceeding the rated weights and speeds, this provides a critical 1.5X safety factor in accordance with the ASTM and FAA requirements.” Video of the drop test is available here.

Williams said the ASR team collects a large amount of data during the drops tests that are used to analyze the loads determination calculations to verify the attachment points will withstand the load of the actual deployment. “We look forward to working with the FAA on future certification testing,” he said. “From a teamwork perspective, the coordination with Bye Aerospace has been terrific, and we are progressing right on schedule.”

George E. Bye, CEO of Bye Aerospace, said occupant safety continues to be the highest priority for Bye Aerospace in the design of the eFlyer family of all-electric airplanes. “The whole-aircraft parachute system being designed by ASR for eFlyer 2 is exclusive to the airplane,” he said.

This morning Bye Aerospace signed an agreement adding 4 eFlyers to its production backlog, now 721 units of eFlyer 2, four-seat eFlyer 4 and soon to be announced 8-seat all-electric aircraft. The company’s current and future families of aircraft feature engineering, research and electric aircraft solutions designed to specifically address compelling market needs.  Benefits include five-fold lower operating costs, no CO2 emissions, and decreased noise. Bye Aerospace estimates the eFlyer will eventually eliminate the release of millions of metric tons of CO2 each year as its deliveries begin and the general aviation fleet is replaced.

About Bye Aerospace, Inc.
Based in Denver, Colorado, Bye Aerospace specializes in the design and manufacture of electric aircraft, including the eFlyer family of aircraft. Bye Aerospace, named “2020 Small Business of the Year” by the Aurora, Colo. Chamber of Commerce and recognized as “Most Innovative” in the 2020 Made in Colorado awards sponsored by ColoradoBiz magazine, was founded by George E. Bye, who is also Chairman and CEO.

Aviation Safety Resources, Inc., based in Nicholasville, Ky., designs, tests and produces aircraft emergency parachute recovery systems designed to safely bring down the entire aircraft and its occupants in the event of an in-air emergency. Staffed by a team of experienced aviation professionals, ASR is the first to offer the next generation of whole-aircraft recovery systems and the first system specifically designed for the vertical take-off and landing (VTOL) vehicles of Advanced/Urban Air Mobility (A/UAM). For more information, please visit www.aviationsafetyresources.com 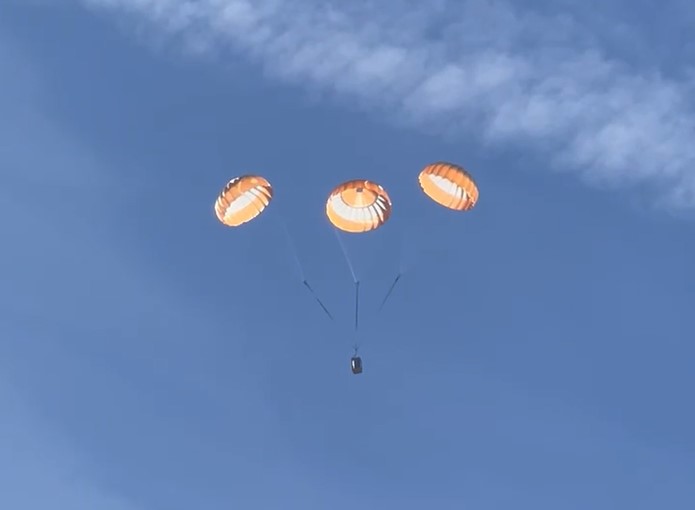