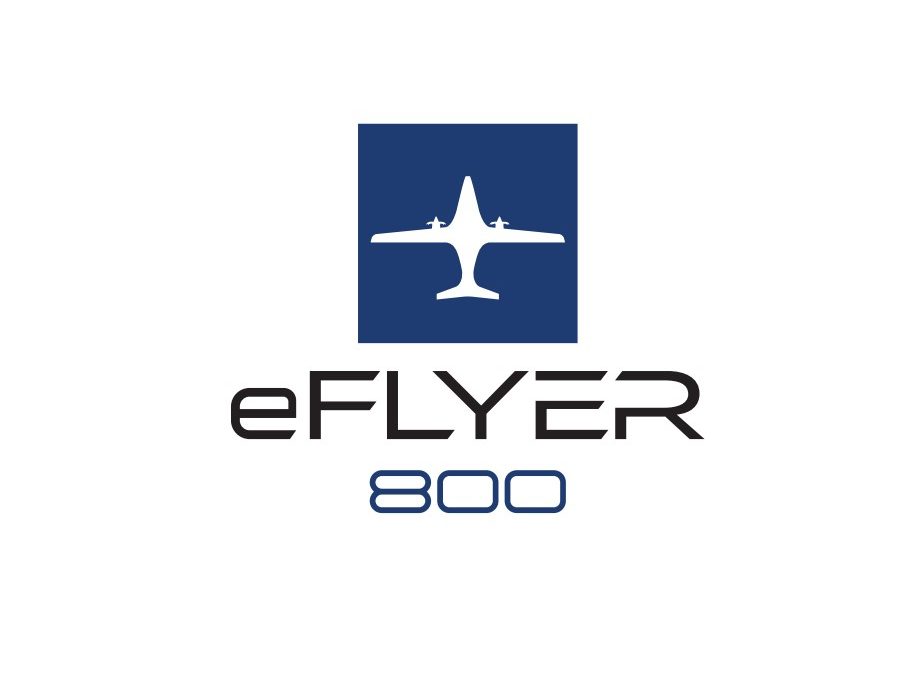 DENVER, Colorado – January 24, 2022 – Bye Aerospace, developer of the eFlyer 800, announced that production backlog has increased to 135 purchase deposit and option total agreements for the all-electric twin-motor eFlyer 800 targeted for the regional airline market. Across all eFlyer models in development, Bye Aerospace is now approaching an unprecedented 900 units total in its backlog including 732 paid purchase deposits and 162 paid, time-limited purchase option deposits.

“The response has been enthusiastically positive since we announced the eFlyer 800 in April of last year,” said George E. Bye, CEO of Bye Aerospace. “We are particularly grateful to our launch customers, Jet It and JetClub, for their endorsement of this ground-breaking program. In addition, Safran continues to be a supportive partner as we continue to assess the most efficient electric powertrain using Safran’s dual ENGINeUS™ electric motors and GENeUSGRID™ electric distribution and network protection system.”

Bye Aerospace launched the program in response to growing demands for all-electric regional business airplanes with five-fold reduced operating costs compared to legacy turboprops, high speed and altitude, plus increased capacity and utility. The eight seat eFlyer 800 also has a best-in-class 65-inch-wide cabin for business transportation.  A higher density 12-seat configuration is being studied for commuter operators, while an increase in motor rating to balance aircraft and payload weight increases is also being considered.

Vishal Hiremath, Co-founder of Jet It and CEO of JetClub, echoed his support for the eFlyer 800. “We are very serious about this aircraft and are looking forward to putting it into our operations around the world including Europe and Asia,” he said. “It’s a very good looking and well-designed plane, and George Bye is a very experienced and accomplished aviation engineer. We are confident of the solid engineering behind it and eagerly waiting for entry into service.”

“Jet It and JetClub have made firm commitments to Bye Aerospace for a fleet of aircraft large enough to support the needs of the local travelers in every geographic region we operate currently and in the future,” said Glenn Gonzales, Co-founder of Jet It and JetClub. “This initial commitment for the sleek, ergonomically and wildly efficient eFlyer 800 is just the beginning of our relationship.”

Bye Aerospace is working closely with Safran to determine the most efficient electric powertrain for the eFlyer 800. Hervé Blanc, Executive Vice President & General Manager Power with Safran Electrical & Power added: “After 2 years of testing in Safran lab, we have validated all the key features and demonstrated the unrivalled performance of our ENGINeUS™ 500. This electric motor can deliver 750 kW maximum take-off power, which is the perfect fit for the eFlyer 800. Our GENeUSGRID™ system will further support the eFlyer 800 architecture design with dissimilar distribution components that ensure a full protection against all potential dysfunctional behaviors of a high voltage electrical propulsion system.”

All of Bye Aerospace’s current and future families of aircraft feature engineering, research and electric aircraft solutions, and are designed to specifically address compelling market needs.  Benefits include five-fold lower operating costs, no CO2 emissions and decreased noise. The company estimates eFlyer will eventually eliminate the release of millions of metric tons of CO2 each year as its deliveries begin and the general aviation fleet is replaced.

Bye Aerospace is in the process of obtaining FAA Part-23 certification for the eFlyer 2 for the professional flight training mission and the four-seat eFlyer 4 for air taxi, cargo and advanced training uses. The company currently has nearly 900 airplanes in its production backlog over its three models of eFlyer aircraft.

Bye Aerospace has developed and is in the process of FAA certifying a family of zero-emission, electric aircraft that are one-fifth the operating cost and safer than traditional airplanes. As a pioneer in electric aviation, Bye Aerospace has established itself as a leader with a production back log of almost 900 aircraft. Based in Denver, Colo., Bye Aerospace was founded by George E. Bye, who is Chairman and CEO. Learn more about Bye Aerospace at https://byeaerospace.com   ###

(Below) Renderings of Bye Aerospace eFlyer 800 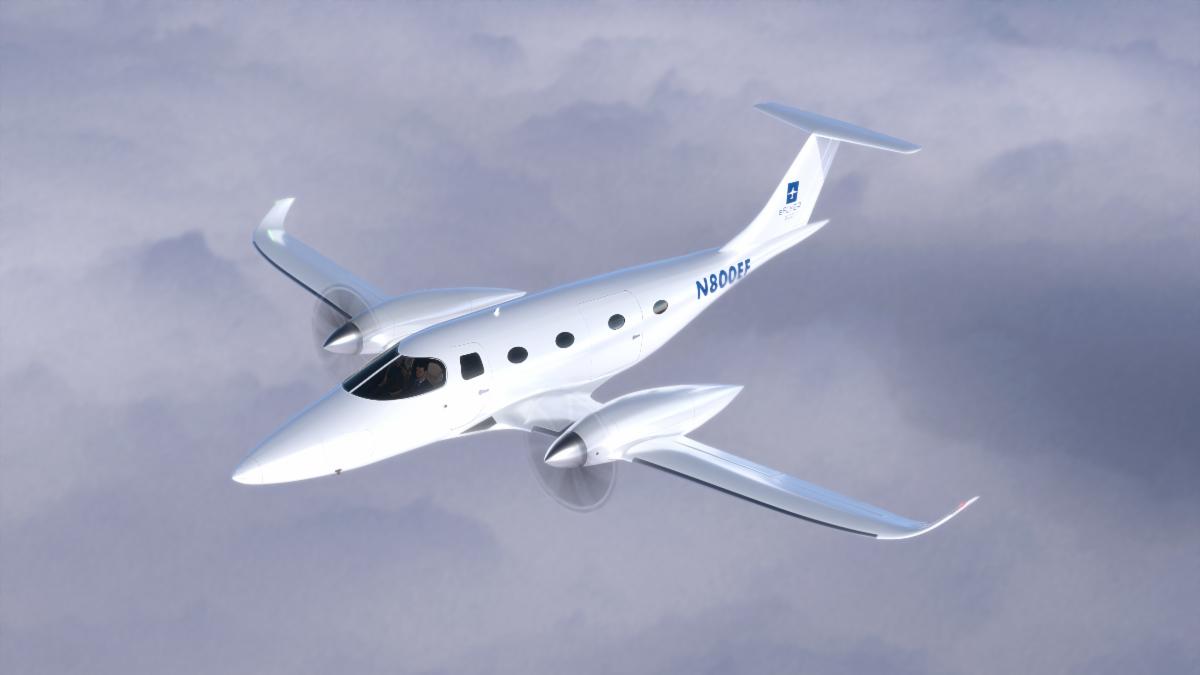 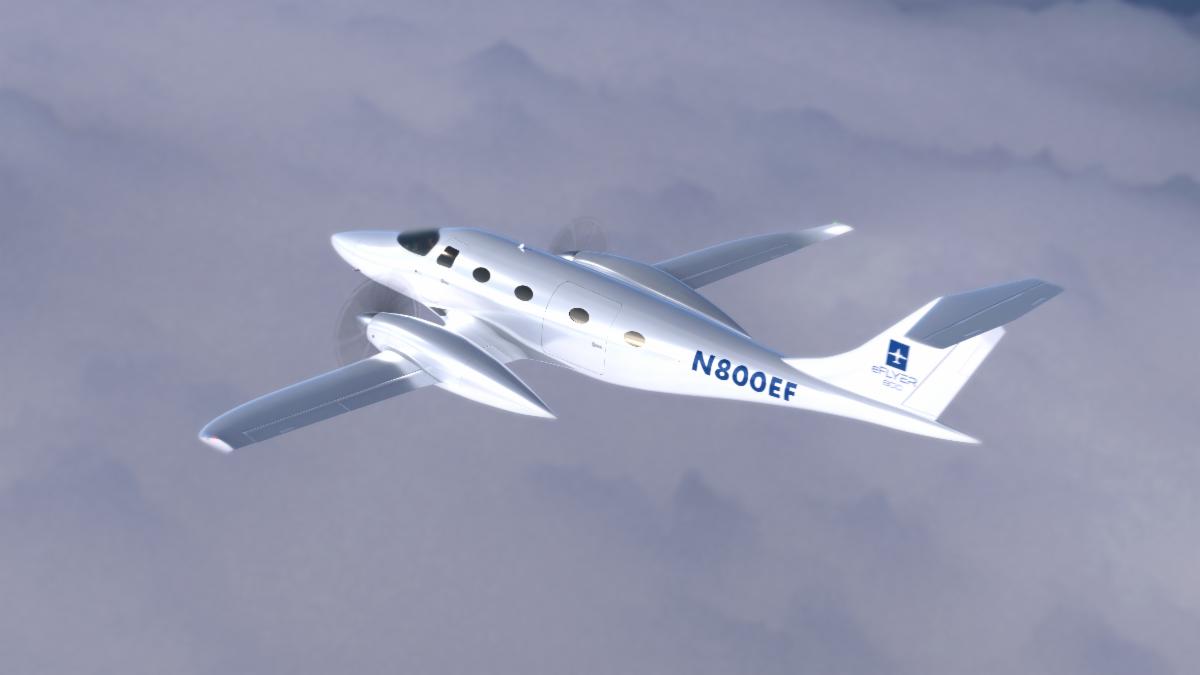 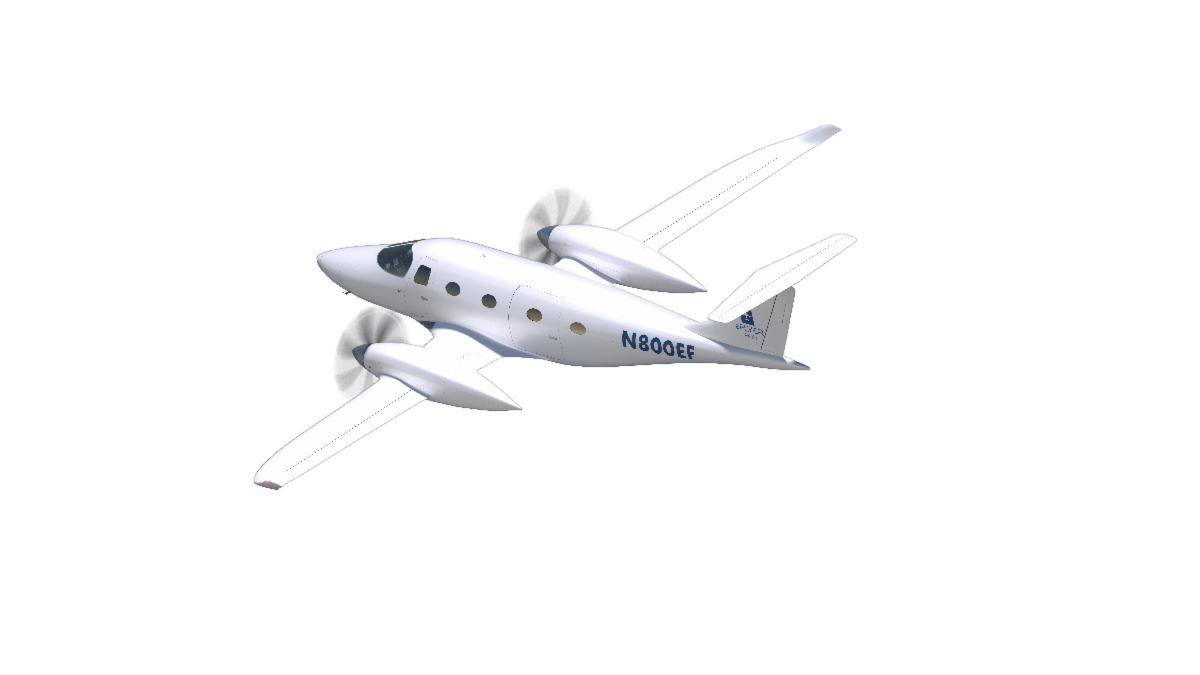 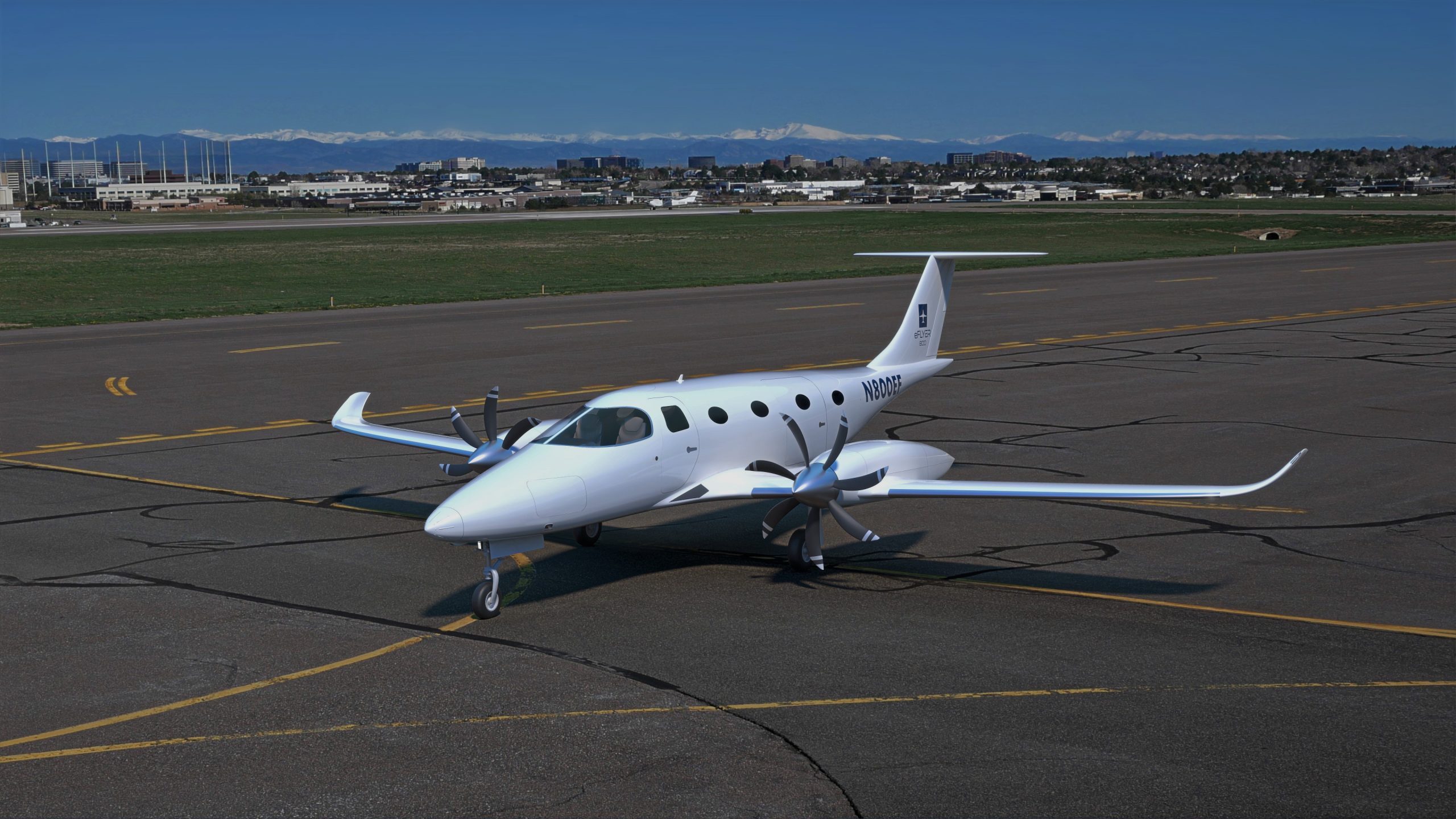 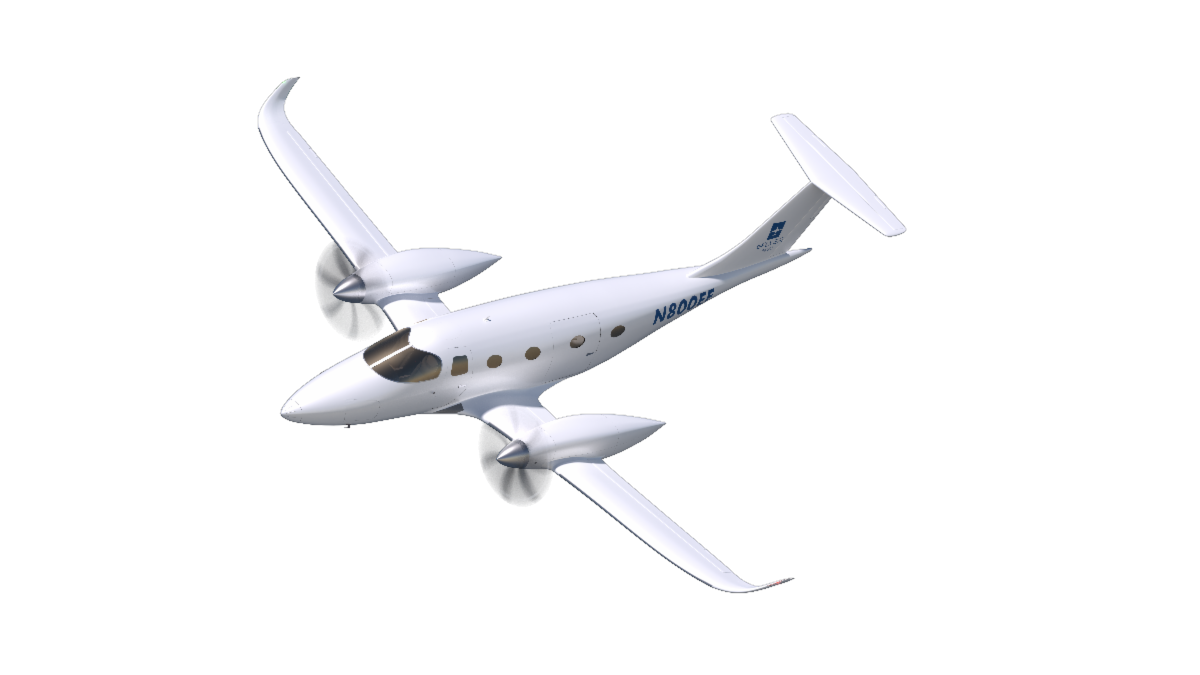 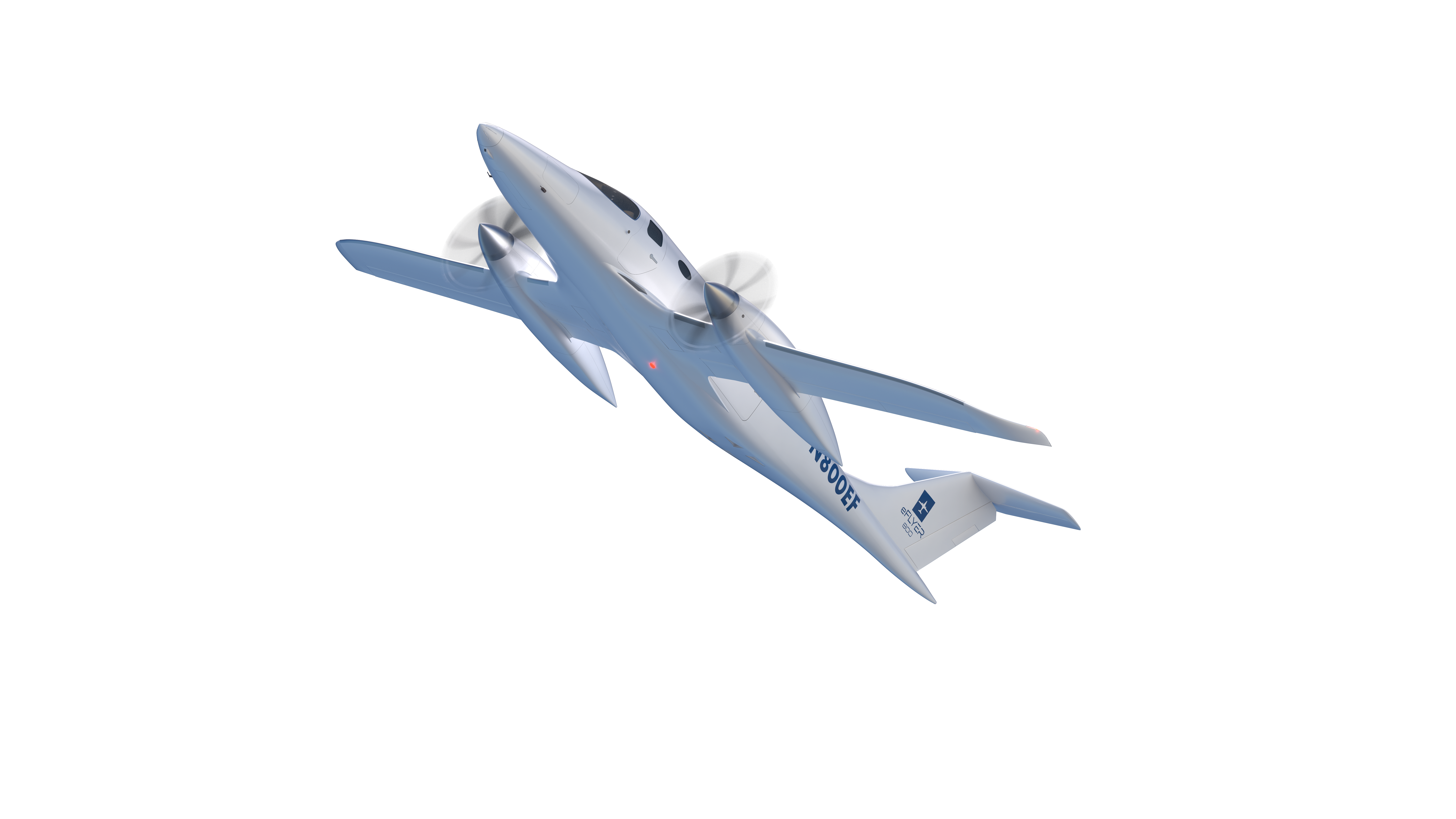