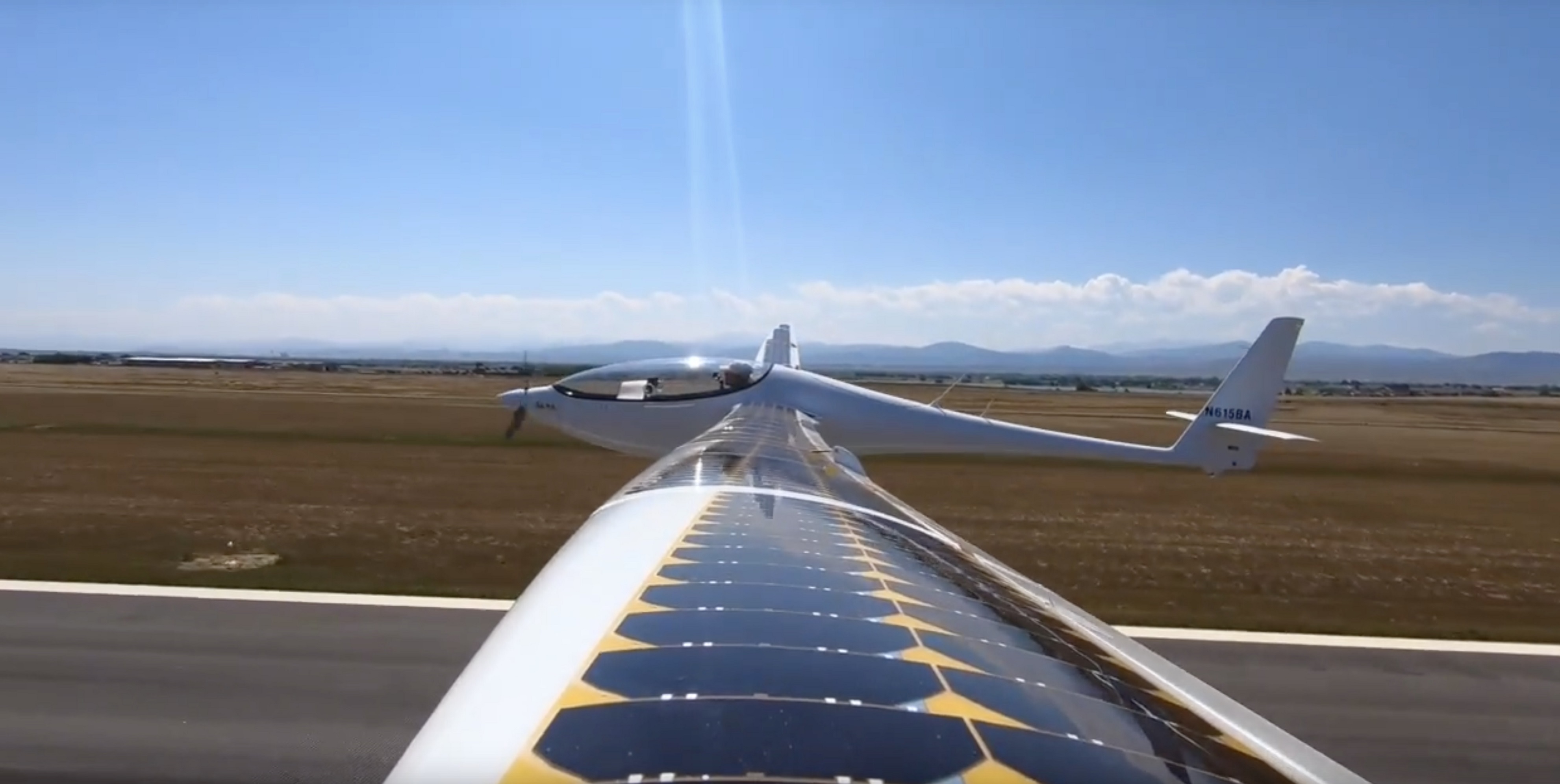 George E. Bye, CEO and Founder of Bye Aerospace, described the first flight as a significant industry milestone. “It was a great day for solar-electric aviation,” he said. “My thanks to our entire team for their persistence and extra efforts to achieve this milestone. I would also like to thank the professionals at Northern Colorado Regional Airport for their cooperation in making these flights possible.”

The Solesa and StratoAirNet family of aircraft systems is intended to provide support for long-endurance commercial and government security requirements, including patrol, observation, utility, mapping, precision agriculture, search and rescue and surveillance missions. The Solesa aircraft system will be piloted, performing similar patrol and survey missions for shorter flight durations. It also provides an R&D test platform for new customer payloads. StratoAirNet is intended to be a longer-endurance UAV and will follow required steps to qualify this additional capability.

Bye Aerospace completed the first flight of its “Sun Flyer 2” aircraft in April. The Sun Flyer family of aircraft aims to be the first FAA-certified, U.S.-sponsored, practical, all-electric airplanes to serve the flight training and general aviation markets. The company is collaborating with Siemens on the electric propulsion system for Sun Flyer 2.

About Bye Aerospace, Inc.
Bye Aerospace is developing the “Sun Flyer” family of all-electric aircraft in addition to a family of advanced, high-altitude, long-endurance solar-electric aircraft called “StratoAirNet” and “Solesa.” The company was named the 2018 Small Business of the Year in the “small business” category by the Denver Business Journal. For more information, go to www.ByeAerospace.com.